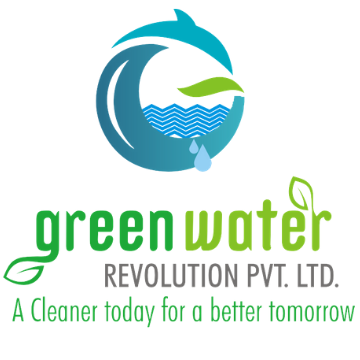 History of Wastewater Treatment: All you need to know!

Wastewater has been around for a long time. In this article, you will learn what wastewater is, and a brief history of wastewater treatment.

Even the earliest civilizations in Egypt and Mesopotamia, where sanitation was very poor, realized that wastewater should be disposed of away from inhabited areas to avoid disease. In fact, the word “sewage” comes from the Roman Empire – ‘sewer’ meaning drainage pipe and ‘fæces’ meaning feces or waste material. From the earliest civilizations who thought of disposing wastewater, we have now reached a time where we have the ability and capability to recycle and reuse wastewater using eco-friendly technologies. But, let’s first look at what really constitutes wastewater –

According to Britannica, “Wastewater is the polluted form of water generated from rainwater runoff and human activities. It is also called sewage. It is typically categorized by the manner in which it is generated—specifically, as domestic sewage, industrial sewage, or storm sewage (stormwater).” Basically, domestic sewage is all that blackwater (the wastewater from bathrooms and toilets that contains faecal matter and urine) and greywater (the wastewater from households / offices that does not contain faecal matter).

Now that we know what we are learning about, let’s dive into the history of wastewater. Many ancient cities had drainage systems, but they were primarily intended to carry rainwater away from roofs and pavements. A notable example is the drainage system of ancient Rome. It included many surface conduits that were connected to a large vaulted channel called the Cloaca Maxima (“Great Sewer”), which carried drainage water to the Tiber River. Built of stone and on a grand scale, the Cloaca Maxima is one of the oldest existing monuments of Roman engineering. There was little progress in urban drainage or sewerage during the Middle Ages. Privy vaults and cesspools were used, but most wastes were simply dumped into gutters to be flushed through the drains by floods. After the Industrial Revolution, many cities across the world realized that they were struggling with a huge problem: their sewer systems were overflowing. The increasing population and growing industries in urban areas left wastewater disposal in a state of disarray, so much so that it became necessary to implement new technologies to effectively treat wastewater. Toilets (water closets) were installed in houses in the early 19th century, but they were usually connected to cesspools, not to sewers. In densely populated areas, local conditions soon became intolerable because the cesspools were seldom emptied and frequently overflowed. The threat to public health became apparent. I

In England in the middle of the 19th century, outbreaks of cholera were traced directly to well-water supplies contaminated with human waste from privy vaults and cesspools. It soon became necessary for all water closets in the larger towns to be connected directly to the storm sewers. This transferred sewage from the ground near houses to nearby bodies of water. Also beginning in the 1900s, new sewage-collection systems were designed to separate storm water from domestic wastewater, so that treatment plants did not become overloaded during periods of wet weather.

It used to be said that “the solution to pollution is dilution.” When small amounts of sewage are discharged into a flowing body of water, a natural process of stream self-purification occurs. Densely populated communities generate such large quantities of sewage, however, that dilution alone does not prevent pollution. This makes it necessary to treat or purify wastewater to some degree before disposal. The construction of centralized sewage treatment plants began in the late 19th and early 20th centuries, principally in the United Kingdom and the United States. Instead of discharging sewage directly into a nearby body of water, it was first passed through a combination of physical, biological, and chemical processes that removed some or most of the pollutants. Wastewater treatment plants became large, complex facilities that required considerable amounts of energy for their operation. After the rise of oil prices in the 1970s, concern for energy conservation became a more important factor in the design of new pollution control systems. Consequently, land disposal and subsurface disposal of sewage began to receive increased attention where feasible. Such “low-tech” pollution control methods not only might help to conserve energy but also might serve to recycle nutrients and replenish groundwater supplies.

After the middle of the 20th century, increasing public concern for environmental quality led to broader and more stringent regulation of wastewater disposal practices. Higher levels of treatment were required. For example, pretreatment of industrial wastewater, with the aim of preventing toxic chemicals from interfering with the biological processes used at sewage treatment plants, often became a necessity. In fact, wastewater treatment technology advanced to the point where it became possible to remove virtually all pollutants from sewage. This was so expensive, however, that such high levels of treatment were not usually justified.

Until the early 2000s there was a high demand for conventional technologies which are predominantly factory made, require high electricity, mechanical energy, chemicals etc. Around this time, various climate change related policies and research led to the development of eco-technologies. Eco-technologies are engineered systems used for secondary or tertiary treatment of municipal, agricultural, livestock, industrial wastewater, as well as landfill leachate. Compared to the intensive treatment systems, the extensive systems including constructed wetlands and waste stabilization ponds, treat the wastewater naturally, without artificial energy, at low speed, but they require larger surface areas (hence, the term „extensive”). In constructed wetlands, the removal of pollutants depends on physical, chemical and biological processes. These systems are efficient in settling and filtration of suspended solids, degradation of organic matter, removal of nutrients by nitrification / denitrification, and removal of pathogens. The effluents of constructed wetlands are valuable in arid and semi-arid regions, where diluted, partially treated or treated wastewater is used as irrigation water. Various types of constructed wetlands may be combined to obtain higher treatment efficiency. Constructed wetlands are environmentally friendly, very suitable for isolated or small communities and even in low developed countries, and add an aesthetic value to the land through the vegetation growing in them. Over the last few decades, constructed  wetlands have been widely designed and  implemented to  treat agricultural  and  livestock  wastewater,  allowing  a  fertigation  suitable  for  the  environment  or  the  safely discharge in water bodies. Along with constructed wetlands eco-technologies like Phytorid, Soil Scape Filter, and DEWATS are also being used to treat (recycle & reuse) sewage water.

In this article, we have explored the history of wastewater – from the times when wastewater was disposed of without treatment, followed by the use of expensive technologies and centralized systems, and then to today’s world where eco-technologies are now in vogue.

We hope you enjoyed reading about the history of wastewater treatment!

Have suggestions? Write to us: info@gwrpl.com